Singapore central bank publishes DLT report
The Monetary Authority of Singapore (MAS) this past week published a report on its “Project Ubin,” aimed at developing a prototype for interbank payments using distributed ledger technology. First announced last November, the project involves an MAS partnership with the DLT company R3 and a consortium of financial institutions that include Bank of America Merrill Lynch, Credit Suisse and Mitsubishi UFJ Financial Group. Prepared by Deloitte, the new report describes how Project Ubin places a tokenized form of the Singapore Dollar on a distributed ledger.

Apple said to be developing AI processor
Apple engineers are working to develop a processor designed specifically to handle artificial intelligence in computing tasks, Bloomberg reported on May 26. Citing an unnamed person “familiar with the matter,” Bloomberg reported that the Apple Neural Engine is being engineered with the goal of improving how Apple’s devices handle tasks such as speech and facial recognition. The news article noted that Apple is racing to catch up with competitors such as Google and Amazon that have surged ahead in their use of AI since Apple first introduced its intelligent digital assistant Siri. The article also quoted analyst Gene Munster, who said Apple’s AI development is essential to its goals for augmented reality and self-driving cars.

Walmart seeks patents for drone-and-blockchain delivery systems
Walmart recently filed an application for a U.S. patent for an unmanned aerial vehicle that could make deliveries to a secure delivery box at a remote location. The proposed delivery management would use blockchain technology to track, register and authenticate items moving through the supply chain. The company has filed similar applications with the U.S. Patent & Trademark Office for a prescription home delivery service and a system that would release packages to an unmanned aerial delivery system.

Nearly half of U.S. firms using IoT report recent security breaches
Forty-eight percent of all U.S. companies deploying IoT systems have experienced a recent security breach, according to a survey released June 1 by the U.S.-based strategy consulting group Altman Vilandrie & Co. The survey polled around 400 IT executives in 19 different industries, and found that breaches could cost smaller companies with less than $5 million in annual turnover more than 13 percent of their revenues. Larger companies with annual revenues over $2 billion reported a single IoT breach could cost more than $20 million. “IoT attacks expose companies to the loss of data and services and can render connected devices dangerous to customers, employees and the public at large,” director Stefan Bewley said in a press statement about the survey. “The potential vulnerabilities for firms of all sizes will continue to grow as more devices become Internet dependent.”

London preps for January Blockchain Week events
Multiple events focused on blockchain and distributed ledger technologies are planned to be held in London this coming January. The London Blockchain Week 2018, set to run from Jan. 19 through 26, will include the Hack-The-Block Blockchain Hackathon, the Blockchain London Conference & Expo and blockchain/DLT workshops and partner events. The events will be held at London’s Grange Tower Bridge Hotel. 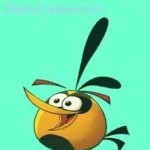